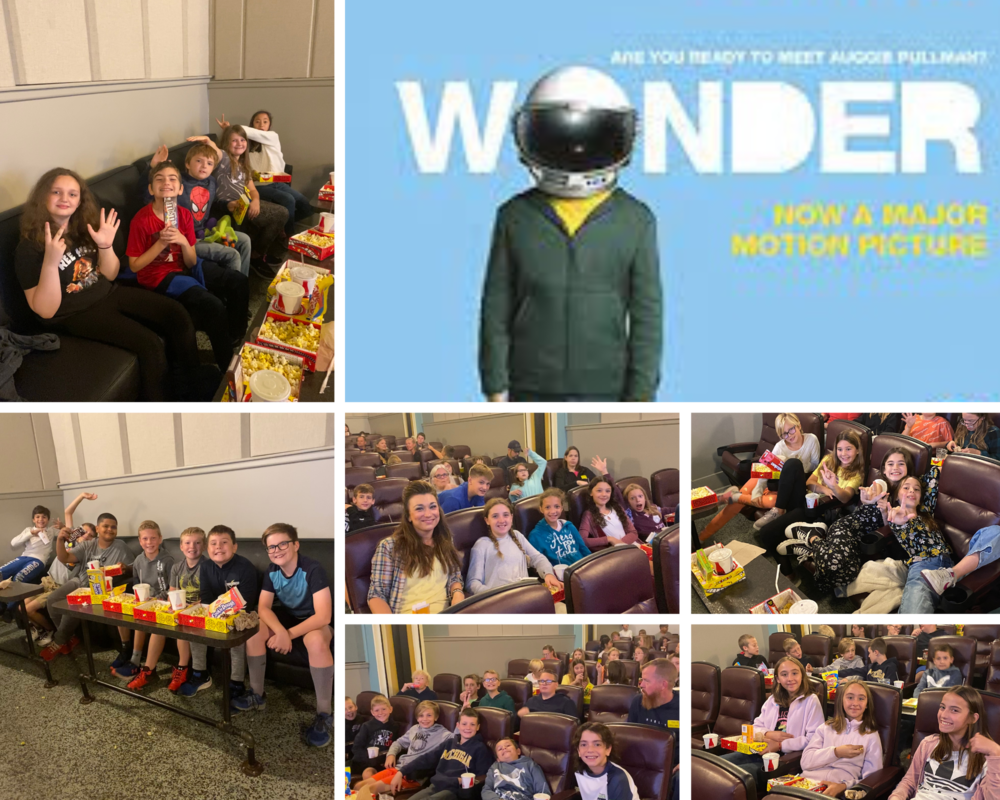 On Thursday, October 6, 2022, 5th grade students from Ryan Park Elementary traveled to the Brokaw Movie House in Angola for a private showing of the movie Wonder.

For the past few weeks, students have been reading and discussing the novel Wonder by R.J. Palacio. Wonder is about a 10-year-old boy with a craniofacial difference attending school for the first time. Some themes in the book include being kind, finding confidence, and accepting others and ourselves.

"I learned that if you are kind, you can be rewarded," says Kataleeya Harris, 5th grader at Ryan Park, when asked about what she thought about Wonder. "The nice kids in the story were the happiest."

"I learned that some people have differences, but that doesn't mean that they should be treated differently," classmate Veyda Ruckel says. "I learned that you shouldn't try to be something that you're not."

Students also noticed the differences and similarities between the book and the movie.

"I liked the book more than the movie," says Mackenzie Blue, another Ryan Park 5th grade student. "The movie was good, but I liked that the book had more details."

"It made it easier to imagine what was happening," Lily Miklaszewicz added.

The students got to enjoy popcorn, candy, and a drink when watching the film. Thank you to the Brokaw Movie House, chaperones, teachers, students, and everyone else who helped make this such a memorable day!